Ever found yourself wishing that the cameramen of RuPaul’s Drag Race would zoom in close enough to see the contestants’ pores? Then thank your lucky stars, this is the blog entry for you!

On May 19th, my boyfriend and I treated ourselves to a Vegas road trip prompted by the siren call of the RuPaul’s Drag Race Official Finale and Coronation Ceremony. What ensued was a raucous night of frenetic red carpet paparazzi, an endless parade of impressive cosmetic feats, and reality TV royalty stalking the stage with live, lip-synced, or comedic performances that surpassed the dollar bill-blanketed catwalks of my drag experiences past. I’ve never seen the lovely ladies of Drag Race so blatantly uncensored and so refreshingly unedited, but I intend to make it my business to behold these glamazonian television icons in the contoured flesh from here on out… Especially considering the fact that I have yet to check “drool uncontrollably before Sharon Needles” off my bucket list.

Thus, the following is something this writing-centric blog hasn’t yet witnessed: a photographic overview of the night I finally got up close and personal to the drag competition that ran away with my heart one fateful college all-nighter of harried illustration. So without further ado, I give you the pretty young things and proceedings of RuPaul’s Drag Race Season 6 Finale and Coronation…

The show kicked off with the arrival of comedic MC Shangela Laquifa Wadley and an array of beautiful guests.

As the evening progressed, reigning Northwest champion and narcoleptic drag superstar Jinkx regaled the crowd with a wit as vibrant as her orange mane and the reminder that Monsoon Season never truly ends. 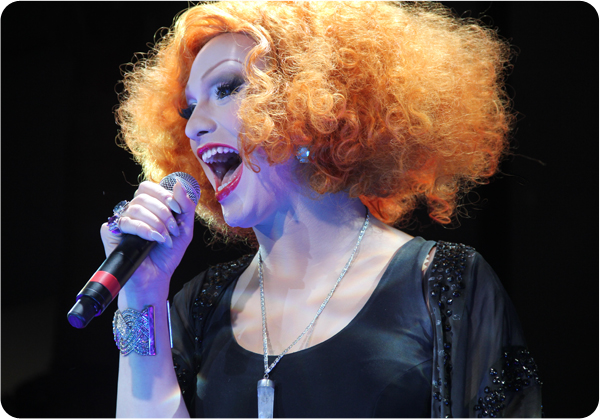 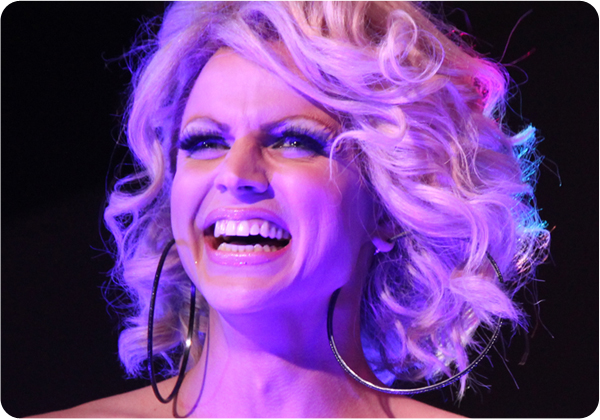 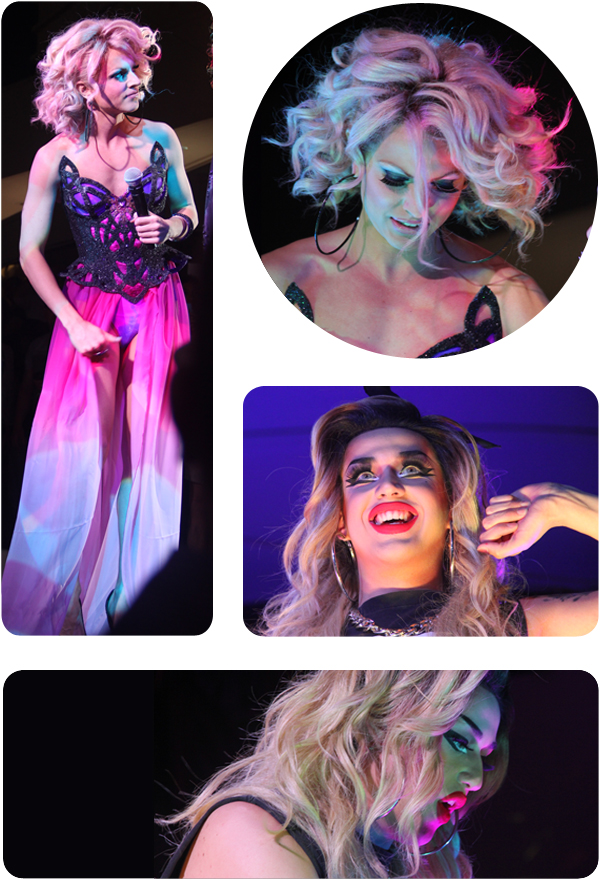 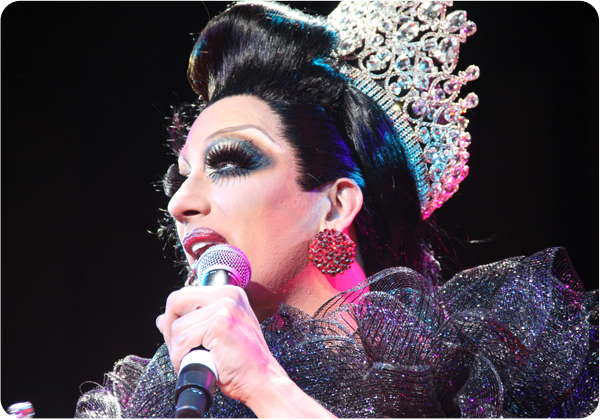 Once all us avid Bianca fans dried our eyes, the performances began. 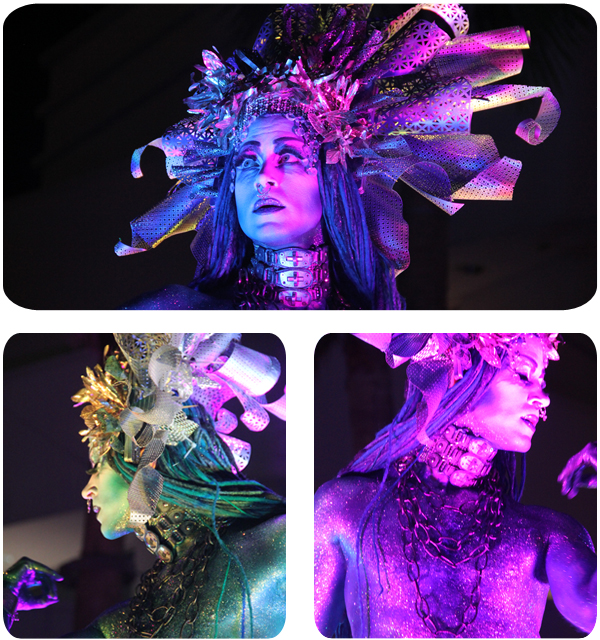 Kelly Mantle transported us to a swanky cocktail lounge while April Carrión lit a fire on stage with her incredible dance moves. 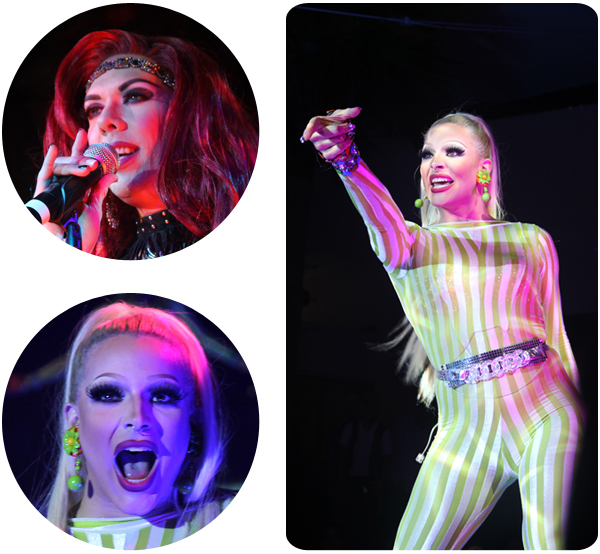 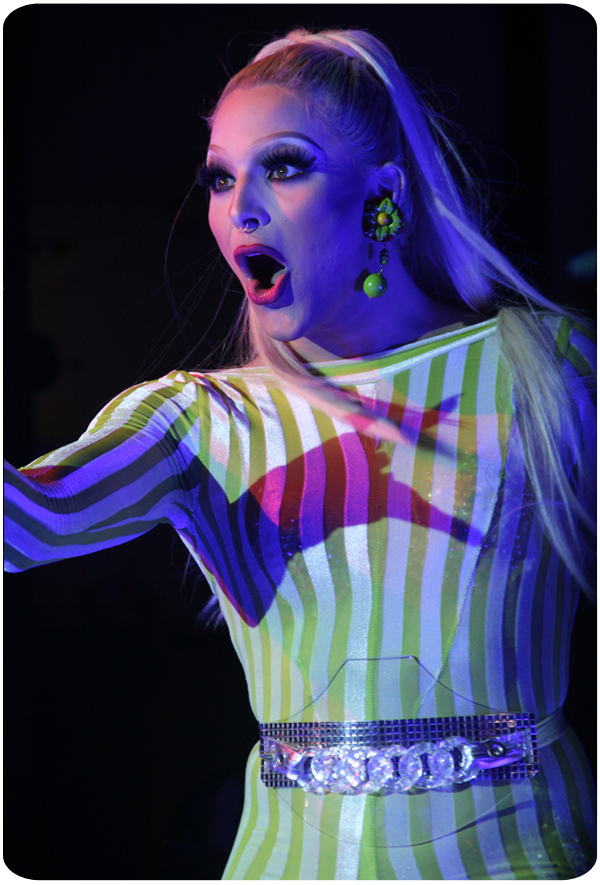 Joslyn Fox kept it “Big Spender” foxy (wah, wah!) with a burlesque performance that drew her new husband to the stage. 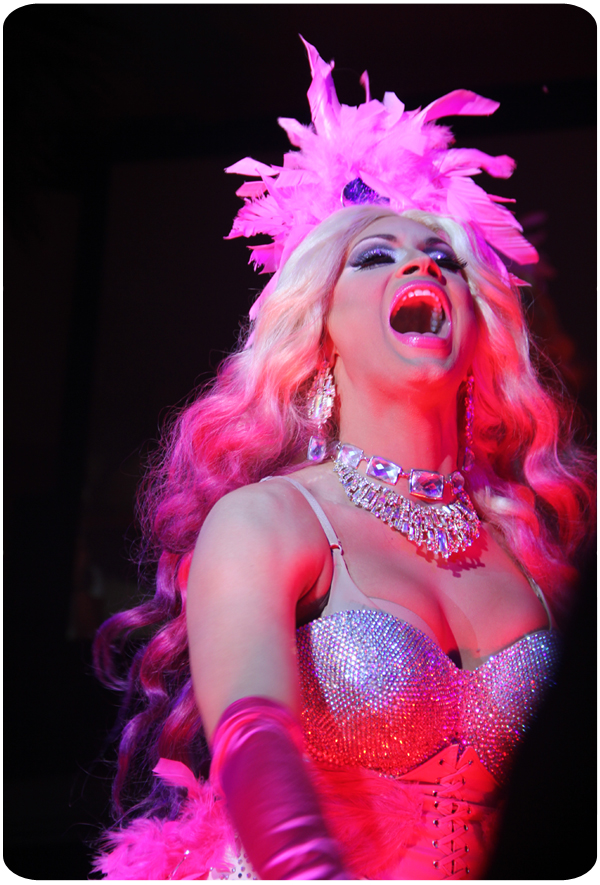 Lovely lady BenDeLaCreme stole my boyfriend’s heart even more than she already has when she educated us on a drag queen’s duality of self with a show tune performed by both Ben and DeLa. 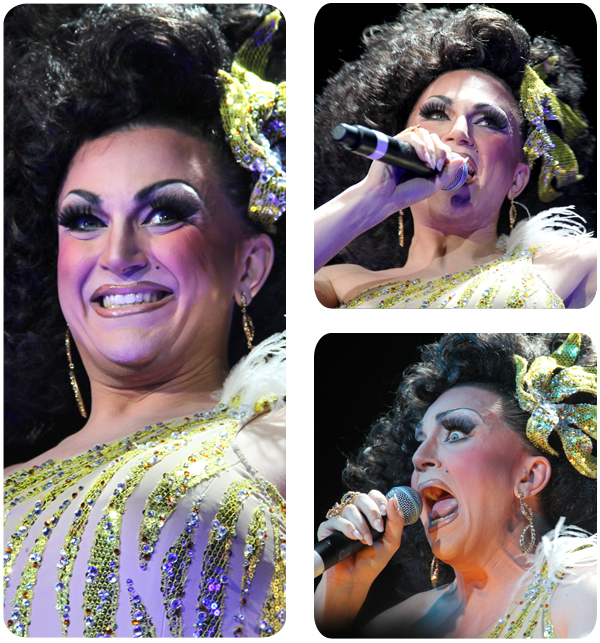 Last in my queue of what turned out to be 1000 photos was Darienne Lake wowing the crowd with a Saharan themed getup and those elephant tusk earrings I covet so much.

Finally, if my camera arm hadn’t been too weighed down and my figurative dogs too whimpery, the end of this photo montage would feature Courtney Act performing her single “Mean Gays,” Adore Delano prowling the stage and gracing one shrieking fangirl with a lipstick-smearing smooch to the beat of “DTF,” and newly crowed Bianca imbuing “Don’t Cry For Me Argentina” with some crass Del Rio realness. Guess I just have to keep trying to convince my photographer sensibilities that sometimes the memory alone is worth a thousand once in a lifetime, dragtastic photos.

That, or thank god for everyone else’s cell phone pics. At least by the end of the night this was one very happy drag hag.